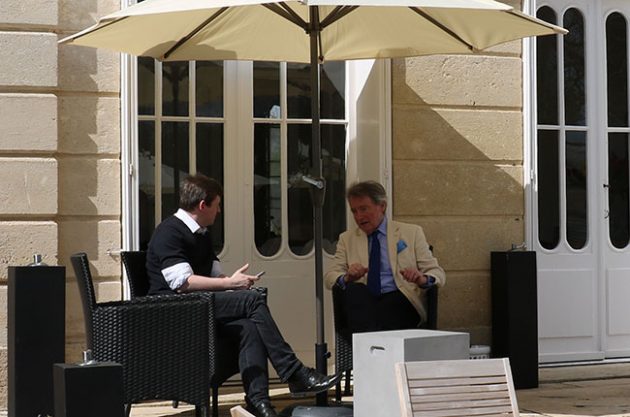 Spurrier praised the fruit dominant, modern style of many Bordeaux 2015 Médoc wines, in an interview on his initial impression of the vintage to Decanter.com.

‘The whole of Médoc has done very well and my line is Bordeaux is back,’ he said, speaking at Château Belgrave, where estate owner and negociant Dourthe held its primeur tasting.

‘There’s a great difference in my view between the modern style, which means making a lot of the fruit, and the old-fashioned style which is still a bit rustic.

‘It’s not like Bordeaux 10 years ago, when tannins could be hard as nails. In 2015, the fruit dominates the tannins and the acidity.’

Spurrier stressed that he didn’t feel the 2015 en primeur wines were quite at level of the greatest vintages so far this century.