Palmer and Sotheby’s will auction the 225-litre barrel of Château Palmer 2015 wine in Hong Kong on 4 June. 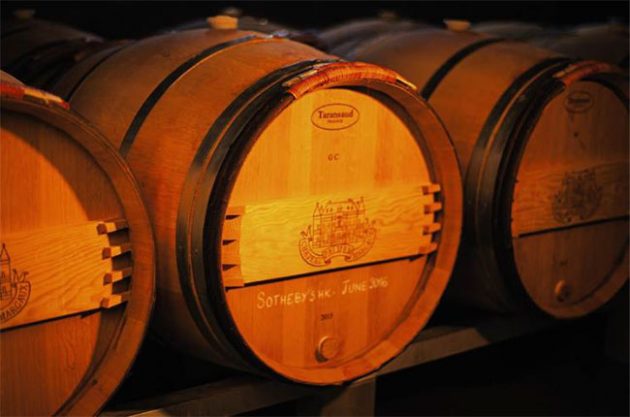 Whoever buys the barrel can have it divided into the bottle size of their choice, from an 18 litre melchior down to a half-bottle size, 37.5cl. They will also be able to personalise the back label of bottles.

The move suggests Bordeaux estates are attempting to find new ways to attract consumers to Bordeaux 2015, which has been rated relatively strongly Decanter critics but is set to arrive on a market already sceptical about the value of the en primeur sales system.

Palmer was one of the highest scoring 2015 wines rated by Decanter’s Steven Spurrier. He gave it 96 points, describing it as having a ‘superb bouquet of black fruits with dry spice, tobacco and liquorice’.

Read more at Château Palmer to auction barrel of 2015 wine”