A film charting the rise and deceit of imprisoned wine fraudster Rudy Kurniawan – and starring many of the key characters in the story – has debuted at a festival in North America. 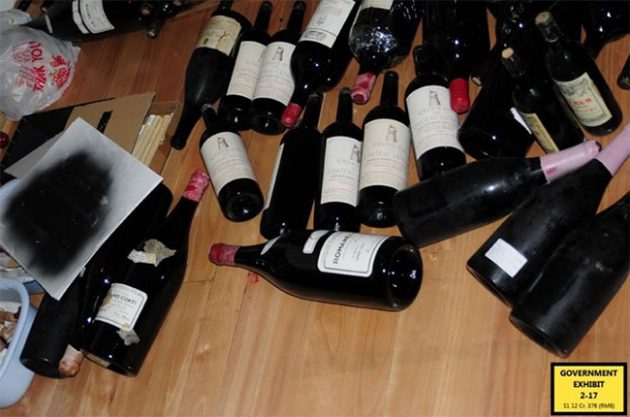 Sour Grapes delves into the murky world of fine wine fraud, dealing in particular with Rudy Kurniawan, and was screened for the first time at the Hot Docs documentary festival in Toronto. A first UK screening is set for next month – see details below.

The film stars many of the key figures involved in the case of Rudy Kurniawan – one of the most high profile wine fraudsters in history and who conned fine wine lovers out of tens of millions of dollars by producing copycats of the some of the world’s rarest wines in his Los Angeles kitchen.

Kurniawan was sentenced to 10 years in prison in mid-2014, having been convicted of making and selling counterfeit wine, and fraudulently attempting to obtain a $3m loan, in a trial lasting just over one week in December 2013.

‘We’ve tried to make a film that works both for wine enthusiasts and a general audience,’ Sour Grapes co-director Jerry Rothwell told Decanter.com.

‘We take people from Rudy’s first emergence in the wine world through to his demise.’

Of those featuring in the documentary, he said, ‘The film includes a host of those involved in the story, including collector Bill Koch and his investigator Brad Goldstein, wine writers Jay McInerney and Corie Brown, Burgundy vigneron Laurent Ponsot, sommelier Rajat Parr, various of Rudy’s friends and associates, ex-FBI agent Jim Wynne and prosector Jason Hernandez, and those who helped break the story, such as Maureen Downey and Don Cornwell.’