When Bollinger staff cleaned out a gallery of its cellar under the house in Aÿ stacked with old, empty bottles, they made a remarkable discovery.

Hidden for decades, they unearthed an incredible collection of some 600 bottles, the youngest of which was found to be 1921 and the oldest, 1830. 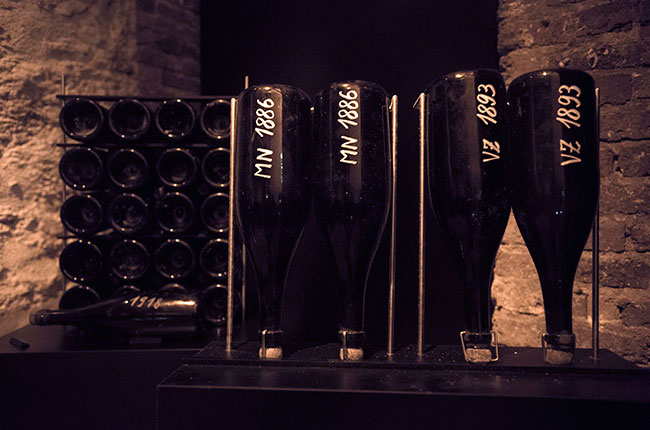 ‘The discovery of this cellar and the opportunity to restore our other stocks of old wines inspired us to create a new oenotheque,’ announced Jérôme Philipon, president of Bollinger.

Since the 1970s, the house has been slowly restoring its old bottles by disgorging, checking, topping up with the same wine and recorking. In an ultimate case of old meets new, the use of a laser ‘aphrometer’ has enabled the pressure inside a bottle to be measured without opening it. 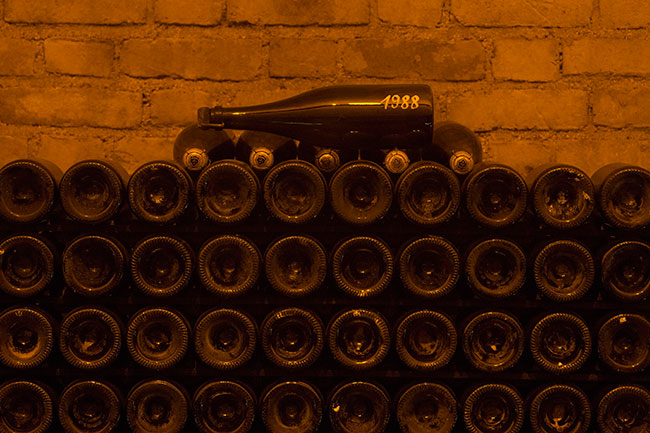 Bollinger 1988 vintage is one of many lying in a new library cellar at the Champagne house. Photo credit: Bollinger.

This week the house opened the oenotheque and dubbed it Galerie 1829 in honour of the year the house was founded. 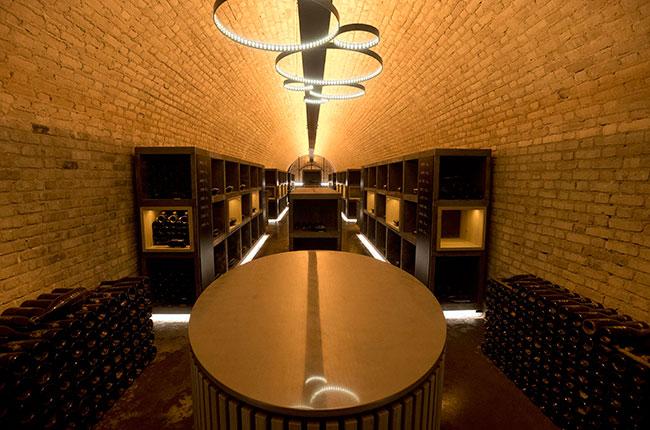 This collection showcases 65 vintages, including the extensive red wine collection of the house predating 1952, Bollinger R.D. from 1952 and the Vieilles Vignes Francaises collection from 1969.

A representative selection of Galerie 1829 and La Réserve were opened for assembled media yesterday, showcasing vintages from each decade of the past century, most notably 1945, 1937, 1928 and 1914, culminating in 1830. 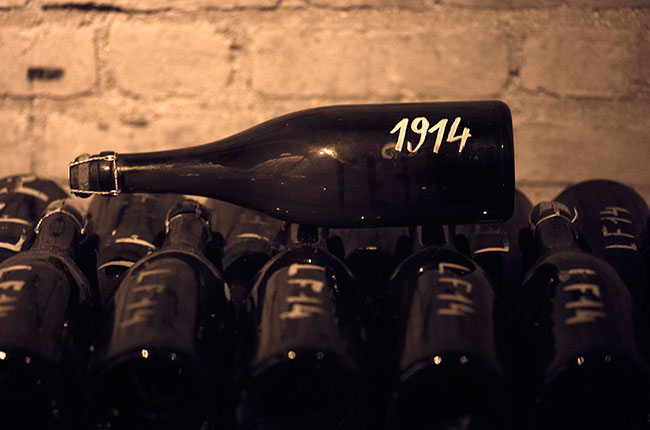 The remarkable integrity of these old wines was testimony not only to the endurance of the Bollinger style but to the keen diligence of the house in painstakingly restoring its old bottles. Alas, of 54 bottles of 1830 unearthed, only 13 were deemed drinkable.