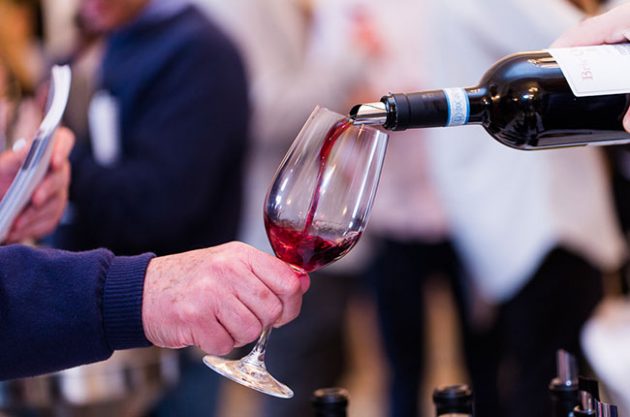 In four days’ time, we will know the result of the UK’s referendum on continuing membership of the European Union.

I’d like to write that the referendum ‘will be over’ – but that depends on the margin of victory for the winning side.  The debate has been so divisive and so toxic, the arguments so uncompromising and sometimes hysterical, and the passions they arouse so visceral that a slender margin of victory by either side may well be subject to legal challenge.  The murder of British MP Jo Cox last week by a man who now calls himself ‘Death to traitors, freedom for Britain’ has added tragedy to rancour.

A narrow win by the ‘Remain’ campaign, moreover, could be followed by a split in the governing Conservative party and a general realignment of the UK’s political scene.  Those who see virtue in political stability, therefore, will be hoping for a substantial margin of victory by the winning side.  Whichever side that may be.

It will come as no surprise that Britain’s wine (and drink) businesses overwhelmingly back continuing membership: when the Wine and Spirit Trade Association surveyed its members, only two per cent backed ‘Brexit’, and 90 per cent backed continuing membership (eight per cent were undecided).  Domestically focused pub chains and smaller brewing companies sometimes see matters differently: pub chain J.D.Wetherspoon’s founder, the engaging and eccentric Tim Martin, is a leading Brexit campaigner.  Britain’s wine and spirit businesses, though, are so comprehensively reliant on international trade that a colossal political shift which would affect, change and possibly damage Britain’s existing trading arrangements is bound to be viewed with alarm.

I’d love to be able to nuance the relative advantages of Britain’s leaving the EU, and of Britain’s remaining in the EU, for wine importers, retailers and drinkers.  Practical predictions of this sort have become the currency of the campaign – since it is practicalities which interest most voters, and which are meaningful to them.  The detail of trade deals, of constitutional issues or of governmental interactions, or the broader international or historical significance of Britain’s decision, has been little discussed.  Nonetheless these complex issues are all in play – and are of such significance that many feel this decision should not have been handed to an electorate unwilling or unable to grapple with them.

The need to come up with a practical set of consequences for the vote means that both sides have constructed grand, showy yet shallow economic and social edifices out of guesswork connected to everything from house prices to NHS funding.  So what do we know?  Simply that Britain has the second largest economy (based on GDP) of the 28 member states, and that the EU has never seen its second largest member walk out of the door and slam it shut.  We know no more than that.  The consequences for Britons (like those in the wine trade) whose livelihood depends on international trade must also be a matter of guesswork.

If we stay, nothing much will change in the short run, though current Europe-wide discontent with the existing structures of the EU, the rise of populist anti-EU parties of every political hue, and the startling fact that its second largest member felt compelled to hold a referendum on continuing membership, should propel reform to the top of the EU agenda over the next decade.  A vote to remain may give the UK a little additional authority in negotiations by virtue of the fact that it has held this noisy, protracted and forceful debate, though the country has still elected to sit in the back seat by remaining outside the Euro and the Schengen group, and by negotiating its comprehensive suite of opt-outs.

If we leave, we don’t know what will change.  These waters are entirely uncharted.  Every aspect of UK-EU relations would need renegotiation, including the arrangements for importing and exporting alcoholic drinks to and from a significant new non-member country on the edge of Europe which suddenly finds itself in no particular trading block.  The rest of the EU will rightly see Britain’s desertion as an existential threat, and is unlikely to make accommodating arrangements.
Read more at UK Decides