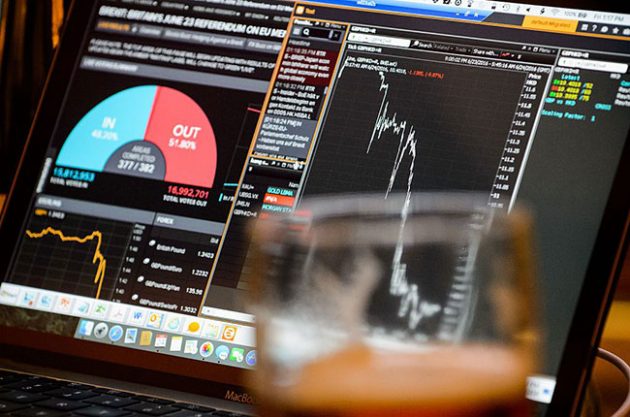 Growing numbers of the UK’s fine wine merchants are reporting a post-Brexit boost in demand, but they are also wary that the cost of replenishing their cellars with top wines from Europe could be significantly more expensive.

Where is the demand coming from?

It is predominantly fine wine lovers and also merchants overseas who are looking to capitalise on a sterling currency that has hit a 31-year low following the Brexit vote.

‘We’ve had fantastic sales since Brexit became a reality and the pound plummeted,’ Stephen Browett, of Farr Vintners, told Andrew Jefford earlier this week. Most of the wine has gone to Hong Kong buyers, he said.
‘But we’ll have to replace that wine, and because the pound has fallen about 10 per cent against the euro, prices will have to rise by about that much.’
Liv-ex, the fine wine trading platform, has already reported stronger demand from the US in the immediate aftermath of the UK’s EU referendum result.
It reported that its key fine wine indices continued to recover in June, following several years of weakness.
In Europe, several Bordeaux wine merchants have also been attempting to buy back stock from UK merchants, according to Jane Anson, Decanter’s Bordeaux correspondent and contributing editor.

At Berry Bros & Rudd in London, Max Lalondrelle said the Bordeaux 2015 en primeur remained alive and well, despite fears to the contrary after the Brexit vote became known. Even sterling buyers been tempted to continue, fearful that prices can only rise from here.
‘We have seen a big uptake on our leading fine wine exchange BBX over the past few days and demand for en primeur 2015 is still good as customers know they might have to pay more once we have sold out of the wines we bought at pre Brexit exchange rate,’ said Lalondrelle, Berry Bros’ fine wine buying director.
‘We have locked all of our FX en primeur requirements pre Brexit and are therefore our margins are protected as well as customers purchases. The only downside is when we have sold out of our 2015 or other wines and the FX has not recovered we might have to put some of the prices up but we are far from this for the moment.’

Some merchants may become more tactical about selling stocks.
Lalondrelle told Decanter.com, ‘I have been careful not to sell our big lines of well purchased mature wines to the Asian or EU trade, because these lines would be hard to replace for the time being.’