How to sabre Champagne – and become a ‘grand commandeur’ 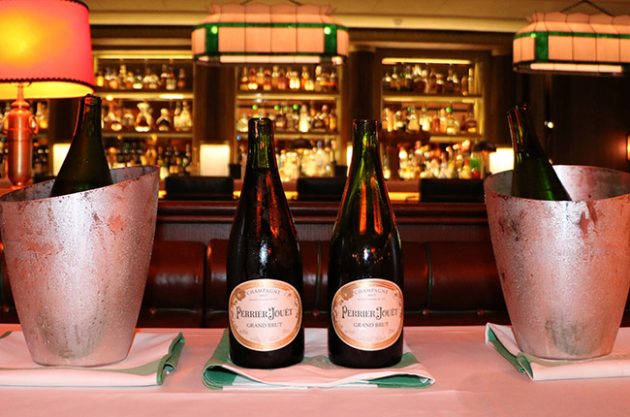 The Confrérie du Sabre d’Or is the elite club for Champagne sabring.

It was inspired by French cavalry officers, who would simply pick up their Champagne and sabre off the top, rather than opening the cage and foil.

How to rise through the ranks

‘We have, like most military organisations, ranks,’ said Nathan Evans, a Grand Commandeur of the Confrérie.

‘If you’ve never sabraged before, then you will become a sabreur.’

After that, you move up through the bottle sizes.

Then comes the ultimate test of swordsmanship.

‘Eventually, you sabrage a methuselah,’ said Evans. ‘Obviously these bottles get bigger and bigger, and you can’t support the weight with your hands, so we move to tripod stands to sabrage the larger bottles.’

‘When you get to sabrage a methuselah, the only thing you can do is stand it upright. Someone supports the bottle and you sabrage up.’

Evans is one of only four Grand Commandeurs in the UK, meaning he has sabred a methuselah.
Read more at How to sabre Champagne – and become a ‘grand commandeur’