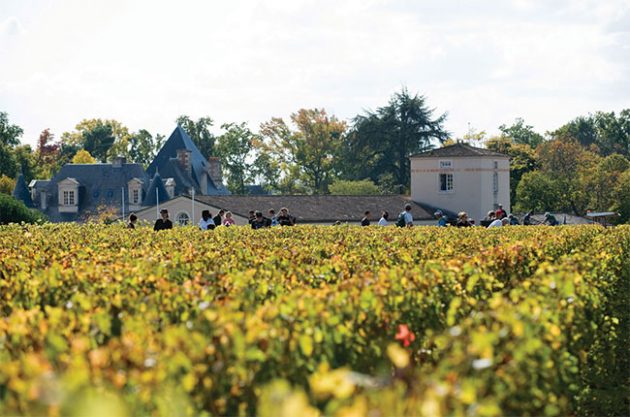 How the Bordeaux 2016 white harvest is shaping up

Château Haut-Brion in Pessac Léognan brought in Sauvignon Blanc grapes at 7am on 1 September, from a plot called Pinson Sapinette.

The estate reported potential alcohols on this first plot of 13.5%abv, with pHs of 3.25, and expect to bring in the first Merlots on 15 September.

Most white winemakers in the region expect to wait until either 5 September or perhaps up to 12 September to begin picking.

Eric Perrin at Château Carbonnieux reported that they are in the final stages of analysing the grapes before harvest, which they should start early next week. This will be around 10 days later than in 2015.

‘The delay is due to a late flowering from the difficult early season,’ Perrin said.

‘Even the hot summer has not meant that the vines have caught up. The vines are now looking very healthy, and although the berries are reducing in size due to the drought, there are lots of them, so we expect the yield to be around the same as last year’.

A year of two halves?

For the reds, the late flowering will also affect harvesting dates.

The early part of the 2016 season was extremely wet – with March, May and June all above the 10 yearly average, leading to widespread mildew pressure, but July and August have been almost bone dry, with less than 2mm of rain per week.

This has led to some blockage of maturity in young vines and on certain soils, although the wet early season has mitigated many of the negative effects of the drought.

Overall 2016 is not looking to be an especially early harvest, and at this stage – still several weeks from picking – the mood is of cautious optimism, with most winemakers reporting excellent health in the vines, although a touch of rain would be welcome.

Antoine Médeville, of Oenoconseil, noted this week that the malic acid levels in merlots in the Médoc area are lower than usual at this stage of maturity due to the hot weather, ‘that has been particularly marked over the past few weeks’ but that phenolic maturity has not yet been reached.