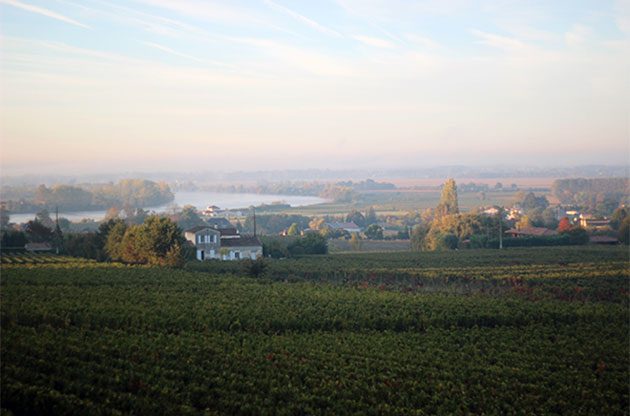 Thomas Sullivan, billionaire founder of Lumber Liquidators and Cabinets to Go in the US, has bought just under 30 hectares of vines across three Bordeaux Right Bank estates.

These are his first vineyard purchases. Sullivan is a Boston-native and a Miami resident.

Both Château Gaby, the 16-hectare Fronsac estate that sits on one of the appellation’s highest limestone ridges, and Château Moya, with 8 hectares in Castillon, have been sold by Canadian former asset manager David Curl.

The Curl family is moving full-time to South Africa, where they own a farm in Elgin.

They will continue to produce single-plot Syrah and pinot noir under the name Moya Meaker.

The 5.5 hectare Château du Parc is a separate sale by Alain Raynaud, wine consultant and former owner of Château Quinault in St-Emilion.

He bought the estate, located in the village of Saint Sulpice de Faleyrans, in 2011. He expanded it a few years later to add some Cabernet Franc to the previously Merlot-dominant wine.

Château Gaby’s winemaker and general manager, Damien Landouar, will remain at the estate, where he has been since 1999.

He will continue the estate’s conversion to organic viticulture that is expected to be certified in 2018. He will also work across both Moya and du Parc, Gaby’s sales manager, Tom Davey reported.

Fees were not disclosed, but real estate experts said the total price was probably between €8 million and €12 million.

The Sullivans are due to officially take over at Gaby and Moya in November 2016.