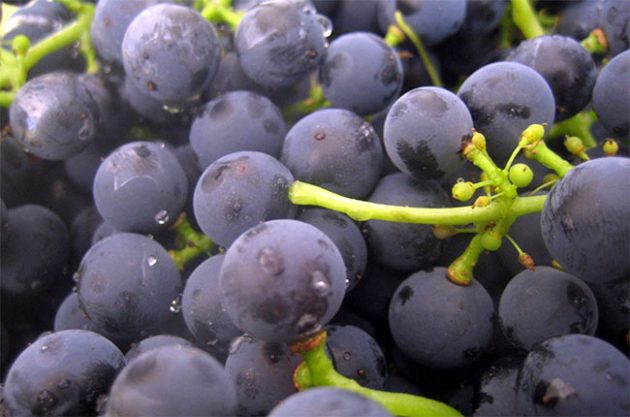 You might remember that not so long ago, Chateaux Angélus and Pape Clement were putting on demonstrations for groups of journalists of de-stemming grapes by hand.

Lines of women in gleaming white gloves with violet-stained fingertips stood around tables in quiet corners of the vineyards, heads bent with frowns of concentration. It was pitched as the ultimate in haute couture winemaking, leaving not a trace of green matter to sully the purity of flavour.

No wonder, in his excellent 2012 World of Fine Wine article on the subject, journalist Jamie Goode noted that whole bunch vinification has become increasingly fashionable world over… with the notable exception of Bordeaux.

The accepted wisdom behind this is that the Bordeaux grapes of merlot, cabernet franc and cabernet sauvignon have too much vegetal/green flavour in their varietal DNA (specifically a molecule known as pyrazine) to withstand the use of stems that can lead to bitterness in the final wine.

But things are changing.

There is today a small but notable band of Bordeaux winemakers who are questioning whether the use of stems might just have come of age in Bordeaux.

It is something that several high profile winemakers are experimenting with in both Burgundy and the Rhône. Advocates include Aubert de Villaine at DRC and Jeremy Seysses at Dujac.
Read more at Whole bunch winemaking shakes up Bordeaux